Posted About Three Years Ago by Debra Woodall

An Independence Community College student from Germany shares a fiery text exchange between himself and Head Football Coach Jason Brown on social media. Montgomery County Chronicle Editor Andy Taylor broke the story in this week’s edition. In the post, seen below edited for language,  Coach Brown texted Alexandros Alexiou (Alex-ee-oh) that he should come see him and he had 17 disciplinary points of 25.  When Alexiou inquired why he had 17 points, the coach said he told the player to quit being disobedient. In the exchange, Brown referred to the player as a German (expletive) and told him he, the coach, was his new Hitler.  Later in the exchange, Coach Brown texted that Alexiou was off the team and the coach was pulling his (expletive) scholarship.

You can read the full story in the Montgomery County Chronicle.  KGGF News will also be following this story with updates. 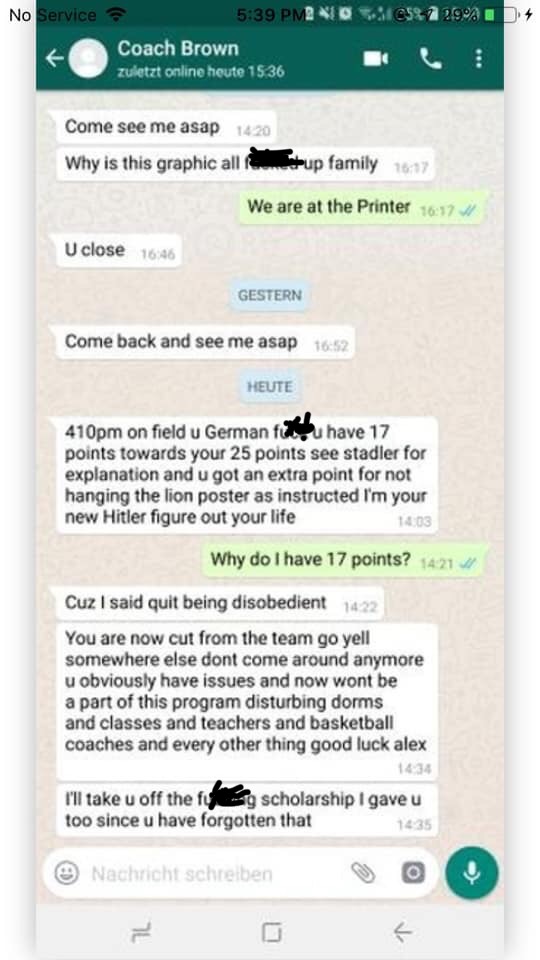